Adrien Silva’s time at Leicester City has been nothing short of a disappointment.

After being ineligible to represent the Foxes in the first six months (the transfer was completed 14 seconds after window closed), Claude Puel’s exit didn’t help his efforts to get regular minutes at the club.

The Portugal international has been out on loan at AS Monaco for the past 18 months, and is expected to report to his parent club next week.

Silva has given a lengthy interview to A Bola and it’s published in today’s edition of newspaper.

The midfielder expressed his desire to return to Sporting in the past. With a year left on his contract, he was asked if he would still like to return to his former club.

“I never hid the feeling I have for Sporting. I trained there as a youngster and became a man and a player there,” he said.

“With all the news that came out, I asked someone to find out if they [reports] were justified or not and the truth is that they had no basis at all. My name was not on the list of desired reinforcements… Each one has their ideas and the way they see football. These are decisions that we have to accept and move on.” 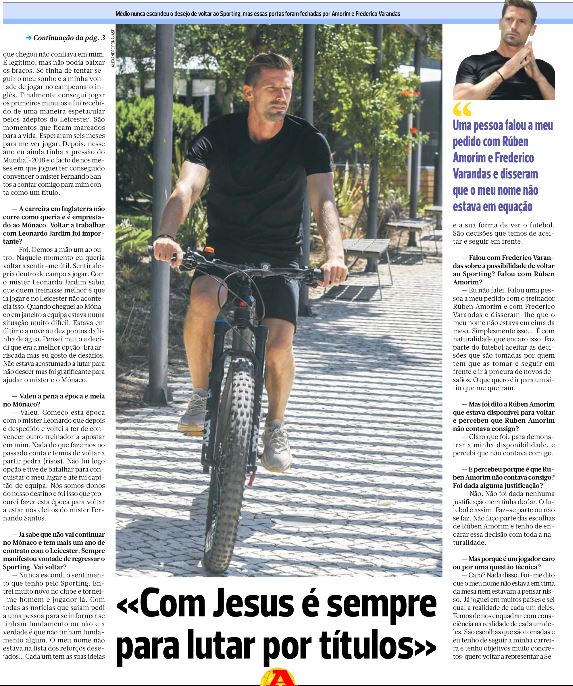 “It is part of football to accept the decisions that are made by those who have to make them and move on and go looking for new challenges. What I want is to go to a club that wants me.

“There was no justification nor did they have to [justify]. Football is like that. You are either part of it or not. I am not part of Rúben Amorim’s choices and I have to face this decision quite naturally.”

Brendan Rodgers has never included Silva in his plans at Leicester, and that’s unlikely to change for next season. A Bola asked the player about his ‘objectives’ for this window.

“News from Russia has now appeared [interest from Spartak Moscow]… I’ve never felt so good physically and psychologically. I think I became a better player than I was at all levels,” Silva stressed.

“I can still compete at the highest level and what I want is for it to pass through Portugal. And I feel in the best physical shape to do it.”

As soon as Silva talked about his desire to return to Portugal, he was asked if he would be interested in joining either Benfica or FC Porto.

“People forget that we are professionals, we have a family and what I want is a captivating challenge to fight for titles. We’ll see what the future holds. I want to fight for titles and the big clubs are the most likely to achieve it. I am more than prepared mentally. I am even better than I was before and I am prepared for these challenges,” Silva added. 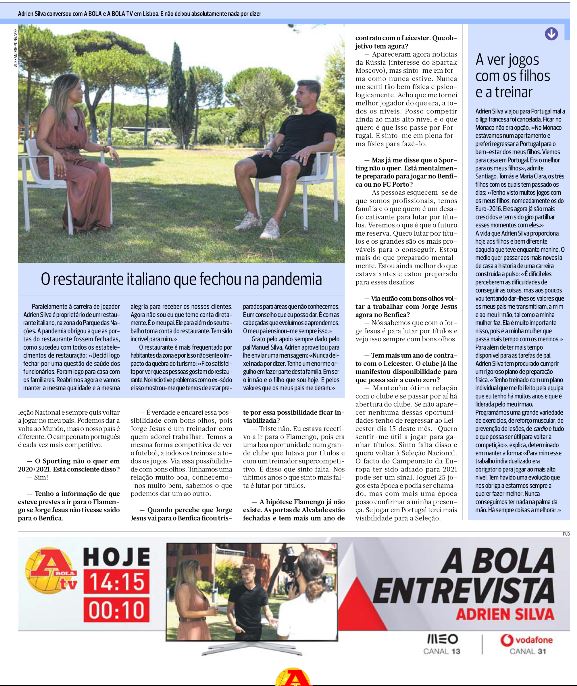 A Bola ended the long interview by asking if there’s a possibility for Leicester to terminate his contract so that he can join another club as a free agent his summer.

“I have a great relationship with the club and I leave only if there’s an interested club. If none of these opportunities arise, I must return to Leicester on the 15th of this month,” he concluded.

“I want to feel useful by playing to win titles. I miss that and I want to return to the national team. The fact that the European Championship has been postponed to 2021 may be a sign.

“I played 25 games this season and could have been called [if Euro’s was this summer], but with one more season I can confirm my presence. If I play in Portugal, I will have more visibility for the national team.”