Georginio Wijnaldum’s time in England came to an end in the summer and he left the country after having spent six seasons in the Premier League.

The 30-year-old initially joined Newcastle United in 2015 and a year later, he moved to Liverpool. Prior to joining the Reds, there was interest from Tottenham Hotspur.

He moved to Paris Saint-Germain in the summer, where he’s now playing under the orders of Mauricio Pochettino.

The Netherlands international admitted he had a brief conversation with Pochettino since he already knew his working style from the talks he had with the manager while he was at Spurs.

Wijnadlum made these claims when asked how Pochettino convinced him to join the French club in the summer. 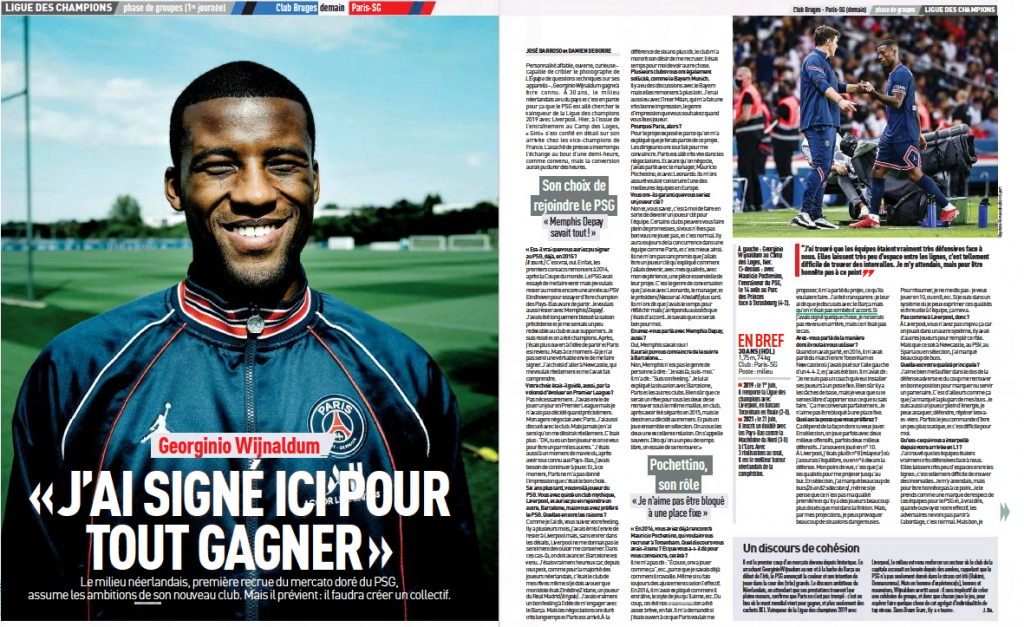 “He didn’t say, ‘Look, we’re going to play like this,’ etc, because I already knew how he works. In 2016, he explained to me how he trains, the style of play he likes, etc. So, this summer our conversation was pretty brief, actually,” he told L’Equipe.

“He asked me if I was open to what Paris wanted to offer me, he told me about the project, what they wanted to do. I was transparent: I told them I was talking to Barca but we were okay with it. If I had signed something, I wouldn’t have gone back, but that wasn’t the case.”

The newspaper asked the Dutchman whether he held talks with Pochettino about how he wanted to use him.

“When we spoke in 2016, he told me about the match between Tottenham and Newcastle where I was on the left wing of a 4-4-2, and I was good,” Wijnaldum said. 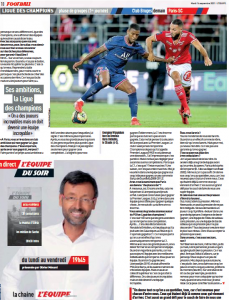 “He told me: ‘I am not a coach who wants to put his players in a permanent position. Of course, there are the basic tasks, but I want you to feel free to contribute whatever you can do.’ It suited me perfectly. I don’t like to be stuck in a fixed spot.”

Although Pochettino’s plans ‘suited’ him ‘perfectly’, the Dutchman didn’t move to Spurs and instead, ended up joining Liverpool, with whom he went to win the Champions League in 2019, defeating Tottenham in the final, and the league a year later.