Whatever Newcastle United have planned for the summer transfer window is currently on hold due to the club’s rather precarious position in the Premier League.

Steve Bruce’s men currently find themselves 17th in the table after 30 games, three points ahead of 18th placed Fulham, who have played an extra game.

While the alarm bells aren’t ringing just yet, a couple of bad results could see them drop into the relegation zone, and a return to the Championship would mean an entirely different approach in the summer.

Of course, you have to think positively, which is probably what those in charge of transfers at St James’ Park are currently doing, looking at targets that could help them avoid a repeat of this stressful time next year and make a push for mid table comfort.

A new defender could go a long way, which is why it isn’t all that surprising to see them once again linked with Sampdoria’s Omar Colley. 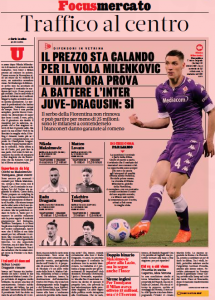 Already keen back in January, the Magpies failed to get the signing over the line, which Gazzetta dello Sport recall in their article on Thursday.

Looking at where a number of Serie A centre-backs could head to in the coming months, the newspaper state the Gambian ‘could settle down in the Premier League’, as he ‘appeals to Newcastle after their missed transfer in January’.