The Netherlands failing to qualify for Euro 2016 produced a lot of soul searching in the country. Danny Blind, much to the annoyance of some Dutch fans, has managed to hold on and stay in the managerial role.

Expectations have plummeted, which helps Blind, but if World Cup qualifying doesn’t start off well then there’s bound to be questions about his job. Big decisions, like dropping Robin van Persie from the set-up, have been made and Blind needs to deliver.

Upfront, the manager sounds like he’ll be increasingly relying on Tottenham Hotspur’s Vincent Janssen. The 22 year old had a great season which led to his Spurs move, and he’s been impressing people both inside and outside of the club since then.

Blind backs the transfer, and is quoted by Voetbal International as saying: “I had a choice of four strikers. The role of Vincent Janssen seems clear to me. He has made a good move.”

AZ had wanted to keep Janssen for another season, but former Ajax player Blind thinks he was right to make to the change. 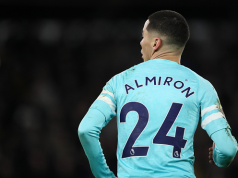 Man City negotiations with club ‘well advanced’, but ‘still far from a final agreement’ on deal