Adrien Rabiot’s contract at Paris Saint-Germain will expire next summer and the midfielder has already informed them he will not sign an extension.

Barcelona, Juventus, Manchester City and Bayern Munich are a few of the clubs interested in securing his services on a free transfer, according to Thursday’s edition of Mundo Deportivo.

Regarding the La Liga winners, they tried to sign the 23-year-old as a part of Neymar’s deal in 2017, but the French capital club turned down the approach.

They even tried to sign him in the summer, but PSG decided against letting him leave the club.

Barcelona have long been chasing the contract rebel, a priority target for the Catalan club.

Despite interest from several clubs, it is claimed that Rabiot has already said ‘yes’ to Barca and it’s now down to them to negotiating a deal with his mother, Veronique Rabiot, who is also his agent. 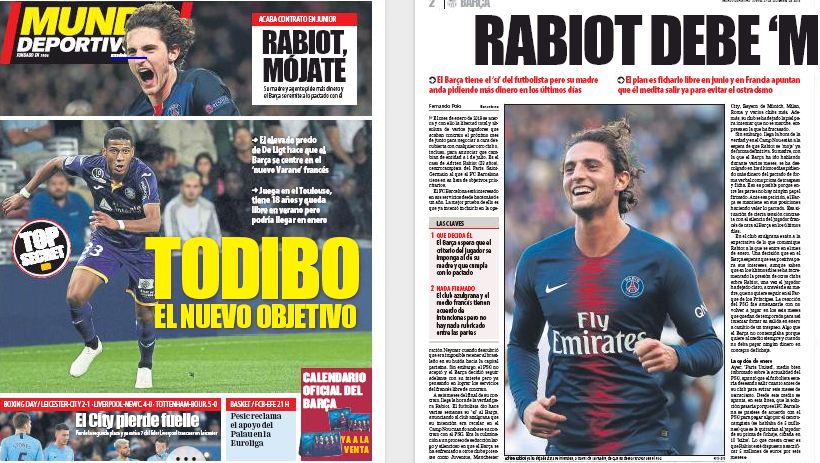 The two parties had a verbal agreement on the salary and signing on bonus, but his representative is now asking for more money since nothing was signed on paper.

Paris United in France reported that Rabiot is ready to leave Thomas Tuchel’s side in January in order to avoid being on the bench.

It was also claimed that Barcelona will pay €5m to get him in January, meaning they don’t have to pay him a signing on bonus of €10m.

Mundo finds it hard to believe that Rabiot would sacrifice €5m, which is why they view him arriving at the Camp Nou next summer, if they can find an agreement with his agent.