Liverpool’s defenders have been labelled as not being at ‘Europa League level’ in their defeat to Real Madrid.

That’s the opinion of Spanish journalist Felipe del Campo, who believes their performance in the first leg ruined Liverpool’s chances of progressing against the Spanish giants.

Jürgen Klopp’s side were beaten 3-1 by Real Madrid in the first leg of their Champions League quarter-final last week, with goals from Vinicius Junior and Marco Asensio handing the Spaniards a commanding lead.

While looking like a comfortable victory for Madrid, it was a result borne more out of Liverpool’s defensive lapses than anything else, with defensive trio Ozan Kabak, Nathaniel Phillips and particularly Trent Alexander-Arnold all coming in for criticism afterwards.

Those three are likely to feature again in the second leg, and discussing that with MARCA today, Del Campo made it clear he was not impressed by them.

Discussing the tie, he says that the ‘two centre backs were not Europa League level’ while Alexander-Arnold put in a ‘woeful defensive display’, and this all contributed to the defeat.

These comments come amid a discussion about Liverpool’s chances in the second leg, with Del Campo arguing that if they showed the same level as in the first, it would be impossible for them to progress.

Indeed, he believes that the first-leg display has made it practically impossible, courtesy of that defensive performance.

Of course, it remains to be seen if that is the case, but it seems just like here in England, nobody is impressed by Liverpool’s current defensive options. 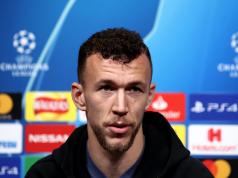