Wolverhampton Wanderers’ League Cup tie against Manchester City has got the Championship club some attention from the world press, especially in Brazil, where the coverage on Pep Guardiola’s side has been huge.

Globo Esporte managed an interview with Wolves striker Léo Bonatini, who has had a quick impact in the league with seven goals and four assists in only fourteen games.

Asked about the match against Manchester City, he said: “It will be an important game for us. As much as we are focused on the Championship, we will enter in the same way to try the win.

“City started the season very well, and so did we. It will be the leader of the First Division against the Second. We have to have personality, we know we are capable. We will try to impose our pace to get to victory and qualification.”

On his quick impact with Wolves in England, he said: “I had a very strong preseason. I felt that it made a very big difference. I was ready to come and play from the beginning, and that helped me a lot. I tried to get involved. Wolves are a family, we want to work together.

“I think my style fit well, I tried to put on the pitch what I learned in Italy and Portugal. It’s a fast paced game. I tried to see where I could adapt.”

He also spoke a bit about Gabriel Jesus, and hopes he plays tonight: “We both use the 33 shirt. If he plays it will be very good. It’s difficult to find a Brazilian, we don’t have many in the English league. He was Brazil’s leading scorer in the qualifiers and, along with Manchester City, is in good form.”

Bonatini was also asked to comment on Pep Guardiola’s work at the Premier League side: “He is a benchmark coach on the world scene. You hear a lot, and now it will be an opportunity to follow his work closely and also to face great players.

“In the Championship the level is already very high, and our manager is also very qualified. I have learned a lot from him. They have similar characteristics, also like possession of the ball. It’s going to be a good game.”

Regarding a future move to Brazil, Bonatini doesn’t want to rule it out, but claims to be happy at Wolves for now: “My current plan is to do my best to continue at Wolves next year, preferably in the Premier League. Today my plan is not to return to Brazil for the next seasons, but the future we never know.” 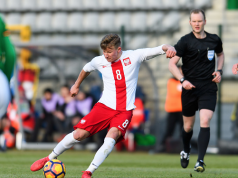 Aston Villa man ignored by international set up again – Despite...