The 43-year-old had two different spells as a player with Sogndal, after having come up through their youth system. His father, Svein, also represented the Norwegian club between 1971 and 1990.

Johan Johanessen Bakke, the son of the former Leeds man, has become the third-generation player from the same family to sign a professional contract with Sogndal.

According to Eurosport Norway, the 16-year-old’s immediate focus is on making regular appearances for his current club. The youngster also ‘dreams of Leeds United’ for the future.

Eurosport state it’s ‘perhaps not so unnatural’ for Johan Johanessen in following his father’s footsteps to play for the Premier League side.

The teenager admits his dream is to play in a foreign league, ‘especially Leeds’, but it can only be fulfilled if he manages to impress with his performances in Norway.

“Right now, the goal is that I manage to play for Sogndal’s starting eleven and to do as well as possible here. Then we will see what the future brings whether I go abroad or not,” Johan Johanessen Bakke was quoted as saying by Eurosport.

Thanks to @RonnyS0L for the heads-up.

Manager ‘displeased’ as club agree Liverpool transfer – Doesn’t give his approval, which won’t make a difference 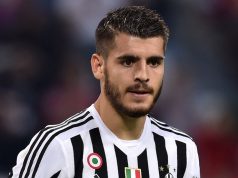 Manager ‘displeased’ as club agree Liverpool transfer – Doesn’t give his...

Club have offer from Tottenham – Ready to let player join...