Home Europe “It had been enough” – Agent worked for ‘more than a year’...
SHARE

The Brazil international arrived at Anfield from AS Roma in July of that year and has been the club’s first choice goalkeeper since then.

Alisson’s arrival saw Simon Mignolet settle for a place on the bench at the Merseyside club, which is why the latter ended up leaving the Premier League winners for Club Brugge in 2019.

Thursday’s edition of Het Nieuwsblad have interviewed a handful of agents and one of them is Nico Vaesen, who manages Mignolet.

Vaesen has now revealed he has been working on getting his client away from the English side ever since Jürgen Klopp started Karius ahead of Mignolet in the Champions League final loss to Real Madrid.

“We have already worked for more than a year on the preparation of the transfer of Simon Mignolet, long before the interest became concrete,” Vaesen said.

“After the defeat in the Champions League final against Real Madrid, when Loris Karius was in the goal, it had been enough.”

“From then on, we visited Liverpool almost monthly to discuss Simon’s situation and prepare for a possible departure.” 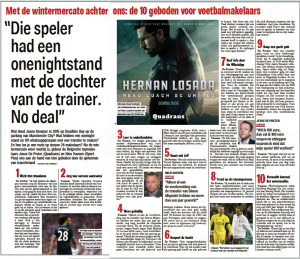 “When Liverpool finally wanted to let him go, we reached an agreement with Club Brugge [August 2019]. But Simon was not allowed to leave until Liverpool had found a successor. In the end we searched for that successor [Adrian], otherwise it would have kept dragging on.”

A move to Club Brugge has helped Mignolet since he is now their first-choice keeper since the start of last season.