Home Premier League Chelsea Club ‘will have to fight with half of Europe’ to sign Chelsea...
SHARE

Real Madrid have Chelsea star Antonio Rüdiger on their agenda for next summer.

The defender’s current deal expires in 2022 and there’s little sign of an imminent renewal with the west London club, even though he continues to have prominence under Thomas Tuchel.

Friday’s edition of Mundo Deportivo explains the 28-year-old is ‘one of the fashionable footballers’ in the market, due to his contract situation at Stamford Bridge.

Kylian Mbappé remains the main objective for Real Madrid, but they also have other targets, including the Germany international, on their mind.

Rüdiger can officially start negotiating with other clubs from January 1st, if the Blues fail to tie him down to a new deal in the coming weeks. 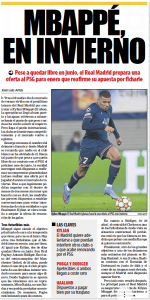 Real Madrid are one of the clubs interested in the centre-back, but will face a ‘problem’ to secure the Chelsea player’s services.

Mundo say Carlo Ancelotti’s side ‘will have to fight with half of Europe if they want to hire him’.

In other words, the Spanish giants will have to battle it out with other European clubs if they want to sign Rüdiger on a free transfer next summer.