West Ham have inevitably been dragged into the Andrea Ranocchia situation. Inter Milan are very eager to sell the 28 year old defender, who was once their captain, because they want to raise funds to sign other players.

This was the case during the past summer transfer window too, and Ranocchia is being hawked around clubs. Inter would rather send the player to the Premier League, because they’d get more money, but Ranocchia himself hasn’t shown a great deal of desire to move to England.

West Ham are probably seen as a good bet in Italy. A club who will take a punt on a transfer if it’s presented to them well enough. Slaven Bilic’s signings during the last summer transfer window will only serve to underline this.

Friday’s edition of Tuttosport says Ranocchia’s agent Tullio Tinti is travelling to London to seek offers from West Ham and others. Inter Milan will have wished him luck and sent him on his way.

Ranocchia was once a very good defender but a lot of water has gone under the bridge since then.

He turns 29 years of age next month, Tinto is going to have to put on some kind of sales show to convince West Ham, but it’s probably best not to rule out it working. 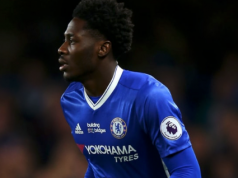