Gabriel Menino’s ability to play in various positions for Palmeiras since the start of last season and his fine displays for the club earned him a call from Brazil manager Tite for the October and November international break.

The 20-year-old is yet to play for Seleção, but his performances for the Brazilian club have caught attention in Europe.

On March 16th, we carried a report from UOL, who explained that Chelsea and Atlético Madrid are interested in the midfielder.

At the end of the report, there’s a short update on Menino. It’s stated Diego Simeone’s side are following the South American. The 20-year-old is more a defensive player and doesn’t have the same profile as Fabián. 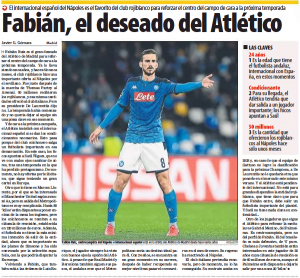 Mundo then adds Chelsea and Juventus are also ‘interested’ in the versatile player, who has a €60m release clause. Palmeiras, however, are ‘willing to let him out’ for €20m.

With Chelsea’s interest in Menino backed up and Palmeiras setting a price tag, it remains to be seen whether or not the Blues will take the next step for his signing.