Birmingham City look set to lose out on Palermo midfielder Robin Quaison after claims in Italy he will today sign for Mainz. Birmingham City in recent weeks have been linked with the Swede, along with Serie A clubs.

TMW have revealed Quaison is on the verge of joining Mainz for €2.5m plus bonuses after the player agreed to the move. The Bundesliga side are hoping to wrap up the deal today and this should be done once documents are exchanged between the two clubs.

Earlier in this window we covered reports from Italy that Birmingham City had made an offer to Quaison to join them in the summer. It was claimed Birmingham City spoke to the Palermo star about a pre-contract agreement.

However, it seems Mainz are prepared to offer the Serie A side a transfer fee in this window, rather than wait until to the summer to land him on a free.

Only yesterday we reported Birmingham City’s pursuit for Quaison had become complicated after Juventus joined the race to sign the midfielder. The Serie A champions wanted to purchase Quaison, and then loan him out to Empoli. 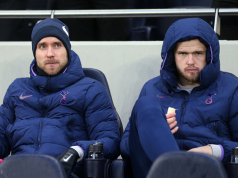 Brazil and Italy fighting to have Arsenal player – Chelsea midfielder...