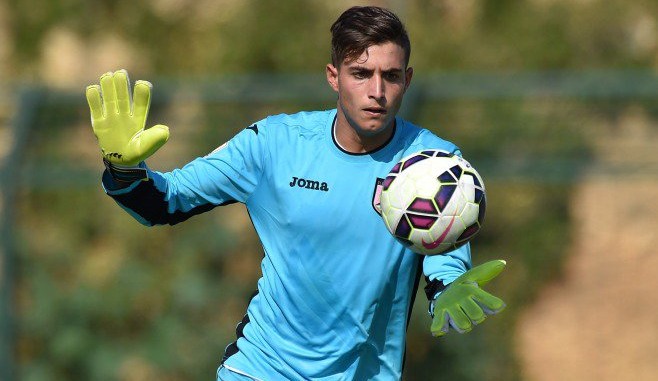 The agent of Palermo goalkeeper Fabrizio Alastra has told the Italian media Leeds United are showing an interest in his client. Alastra is soon set to hold discussions with Palermo with regards to his future with the Serie A side.

Media Gol have reported on comments Fracesco Caliandro made when he asked about the future of the 18-year-old goalkeeper. Calianadro confirmed they will evaluate Alastra’s situation at Palermo, but they wouldn’t be rushed into a decision.

When asked about the interest from Leeds United owner Massimo Cellino, the player’s agent said the club were interested, but as yet a deal would be a long way off.

“We evaluate the situations that will arise in a market, today it is moving at a slow pace. Surveys of Cellino’s Leeds? There is a difference between showing an interest and concluding a transaction,” said the player’s agent when asked about the interest from Leeds United.

Alastra come through the Palermo youth system, and signed a professional contract this year. In February he made his senior debut during Palermo’s Serie A clash with Torino.