Real Madrid’s Dani Ceballos was on loan at Arsenal last season and the midfielder is now edging closer to joining the Gunners on another temporary deal.

This was reported by Mundo Deportivo, AS and LaSexta in the last two days.

Wednesday’s edition of Mundo Deportivo focuses on those players who are expected to leave the Santiago Bernabéu and the 24-year-old gets a mention.

‘Key hours today to close’ Ceballos’ transfer to Arsenal is stated in the report’s headline.

Within in the report, it’s explained the Gunners don’t have the finances to meet the La Liga winners’ €25m request for the player. 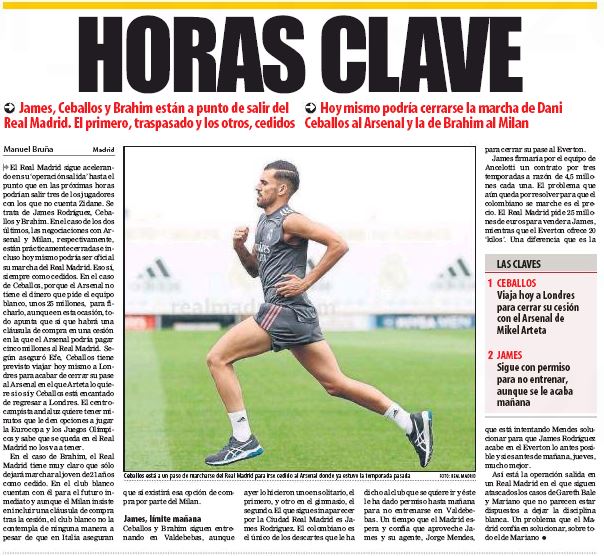 Therefore, the FA Cup winners are taking him on a temporary deal and everything indicates they would pay a loan fee of €5m to Los Blancos. There may also be an option for Arsenal to make Ceballos’ loan stay permanent next summer.

According to EFE, as relayed by Mundo, the Spain international ‘plans to travel’ to London today to close his loan move to Arsenal.

According to AS, only a ‘review of contracts and signatures’ is pending for the Premier League club to announce Ceballos’ return on another loan.

They also add Zinedine Zidane and Mikel Arteta have been vital in his decision to join the north London club. 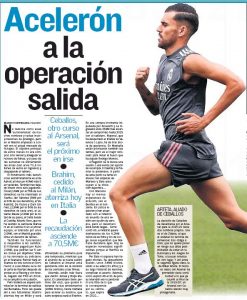 Ceballos has failed to convince the Frenchman, and would have spent more time on the bench next season, if he had decided to stay at Real Madrid.

He wants to make it to the European championship and Olympic Games in 2021, and regular playing time next season is vital to improve his chances.

A loan move to Emirates will help Ceballos achieve it because Arteta has ‘promised to give continuity’ at Arsenal.