James Léa Siliki signed for Middlesbrough in the summer 2021 window, initially in a loan move from Rennes.

He hadn’t been a key player for the Ligue 1 side last season, and somehow caught the attention of Boro, who not only agreed to the loan but also took themselves a buying option for the midfielder.

That option looks like it won’t be used, with the player not enjoying many minutes since arriving at Middlesbrough. Indeed, he’s only accumulated 282 minutes across all his Championship games this season.

Things got worse when Chris Wilder arrived as the club’s new manager, taking over from Neil Warnock, and since that happened, Léa Siliki hasn’t been given a moment on the pitch for Middlesbrough. 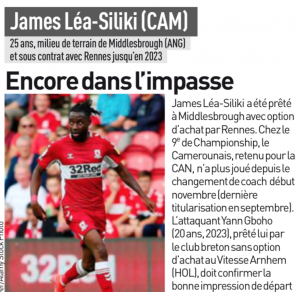 L’Equipe say the player is at a ‘dead end’ in his club career, although things are going better on the national team front.

He’s been selected for the Africa Cup of Nations by Cameroon, and will hope he can catch the attention of new clubs, with another move in January seeming a reasonable way forward. 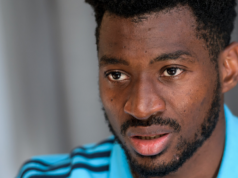