Home Premier League Chelsea “It took me a while” – Chelsea player on putting behind summer’s...
SHARE

After returning from his loan spell at Derby County in 2019, Mason Mount established himself as a regular at Chelsea, when Frank Lampard was in charge at Stamford Bridge.

The attacking midfielder has been successful in retaining his place in the side under Thomas Tuchel.

Mount has been an integral part of the Blues squad since the start of the 2019/20 season. He has enjoyed this calendar year with the west London club, winning the Champions League and the UEFA Super Cup.

The 22-year-old has also been a regular for England since September 2019 and was part of the Three Lions squad that lost the Euro 2020 final to Italy in the summer.

L’Equipe have interviewed Mount, and he detailed how he had to deal with finishing last season on a high, followed by a quick disappointment over failing to win the European championship with the national team. 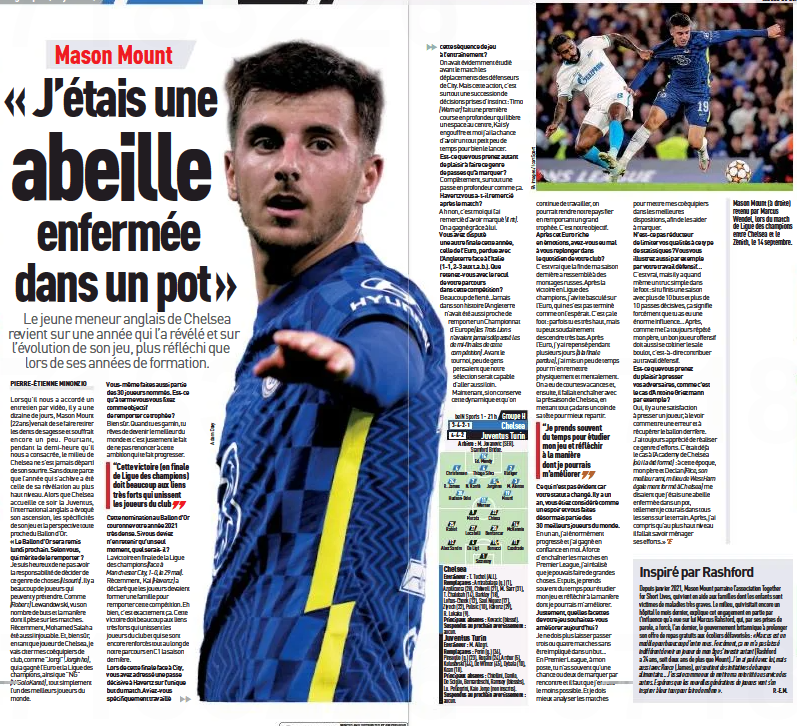 “After the Champions League victory, I quickly switched to Euro, which did not end as we had hoped. This is football: sometimes you get very high, but suddenly you can go very low,” he said.

“After the Euros, I thought about it [defeat in the final] for several days, it took me a little while to get over it physically and mentally.

“We had a short vacation and then we had to follow up with Chelsea’s pre-season, putting all that in the back of his mind to get off to a better start.”

Mount also detailed the need to contribute defensively when discussing where he needs to improve his game.

“In one year, I have improved a lot and gained confidence in myself. As got through in Premier League, I realised that I could do great things. Also, I often take time to study my game and think about how I could improve,” Mount explained.

“I must not let three or four games go by without being involved in a goal… In the Premier League, you often only have a chance or two to score per game and I must miss as little as possible. And I have to better analyse the matches to put my teammates in the best possible condition, in order to help them score.

“If you end a season with more than 10 goals and more than 10 assists, that necessarily means that you had a huge influence… Afterwards, as my father always told me, a good offensive player also has to do the dirty work, which is to contribute to the defensive work.”