Home Europe ‘Incredible as it may seem’ – Tottenham player strongly lined up for...
SHARE

On Monday, we covered an article from AS which suggested Marcelo is coming to the end of his shelf-life at Real Madrid. The left-back, who is also the club’s second captain, has been struggling with fitness and form, and it’s annoying for Madrid considering they let Sergio Reguilon join Tottenham in the summer window.

Tuesday’s edition of the Spanish newspaper carries on the same theme, with the irritation over the situation being very much directed towards Zinedine Zidane.

The Madrid manager is accused of making an ‘expensive veto’ when he decided Reguilon wouldn’t be part of his plans, and that decision looks set to cost the club around €10m if and when they use their buyback clause.

Zidane doesn’t rate the player highly but Madrid as a club does, and it’s similar to the situation with Dani Ceballos.

Marcelo is in an ‘unstoppable’ decline and despite Madridistas being very fond of the Brazilian, for AS it’s becoming clear the end is approaching.

AS state: ‘It should be clarified that Reguilon was transferred to the London team because Zidane told the club this summer that he did not have him. He never loved him and that refusal to accept the enormous progression of a player who is already a starter for the Spanish national team and Tottenham is a mystery.’

There’s even a suggestion that Ferland Mendy was signed to try and push Reguilon further out of the picture, such is the manager’s distaste for the now Tottenham player. 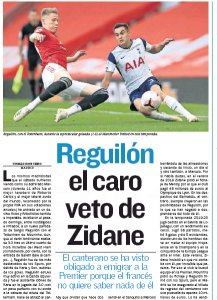 ‘Incredible as it may seem’, Zidane isn’t keen and AS believe it’s ‘something personal’ because otherwise they can’t understand the reasoning. This is all part of lining Reguilon up for a quick return to Real Madrid, whether that be under the club’s current manager or someone else.

The theme has begun in the Spanish media and unless Marcelo or Mendy can hugely impress it will surely continue.

Reguilon leaving next summer would be a disappointment for Tottenham, but that’s the risk the club took when signing him. 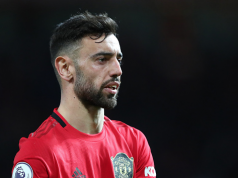 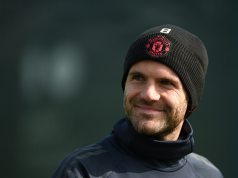