Earlier this week, Manchester United suffered a 2-1 defeat against Sheffield United and it was their first league defeat since losing to Arsenal on November 1st.

When the Red Devils lost to the Gunners earlier in the season, things weren’t going as well for them as they are today.

United were then in the bottom half of the table and there were rumours of Ole Gunnar Solskjaer being replaced by Mauricio Pochettino, who was without a job since Spurs sacked him in November 2019.

Pochettino returned to management when Paris Saint-Germain appointed him as their new manager on January 2nd.

AS have been trying to interview the Argentine for the last three months and have finally managed to talk to him. The former Tottenham Hotspur manager admitted he deliberately didn’t want to speak to the media. 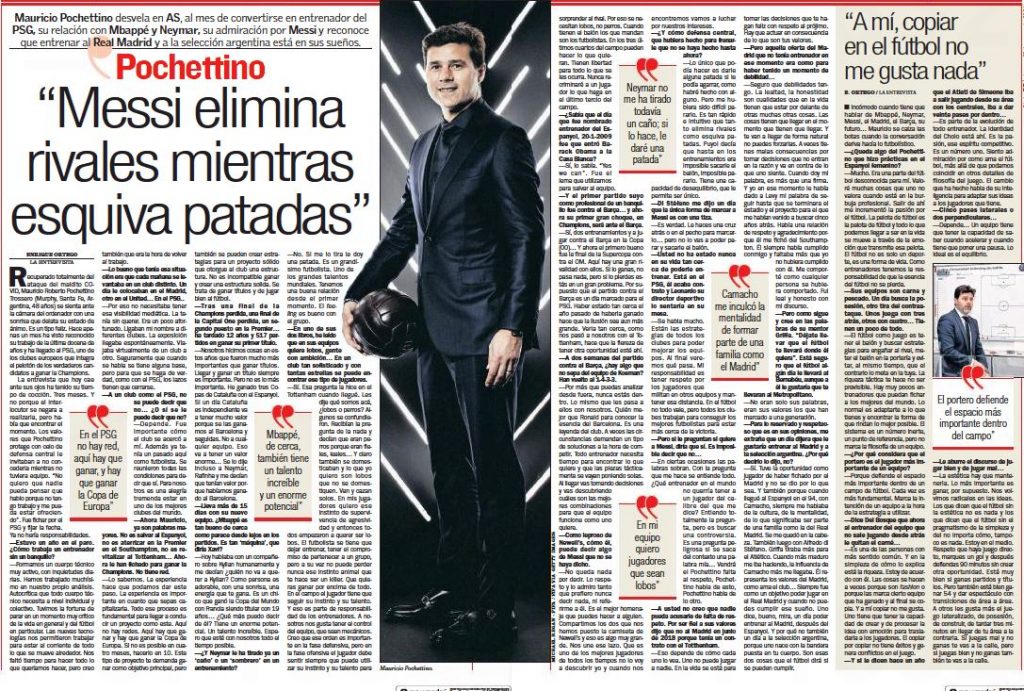 “I didn’t want anyone to think that I speak because I do not have a job and maybe, I’m offering myself,” he said.

The 48-year-old also said he didn’t need the visibility in the media because he was regularly being linked to Real Madrid, Manchester United and other clubs before taking the PSG job.

He said this when AS asked, ‘The good thing about that situation was that every morning you woke up in a different club. One day they placed you at Madrid, another at United… At PSG…’

Pochettino explained, “That’s why I didn’t need to have that media visibility. I had it without wanting it. I was a bit lucky in that regard. They linked my name to different clubs and the exposure came spontaneously.

“I was traveling virtually from one club to another. Surely when you talk, it has some basis, but for it to be done for real, as with PSG, ties have to be closed.”

Pochettino’s comments now indicate there were something in earlier reports that placed him at Real Madrid and United, but the option to join either of them was never close because there was nothing concrete in it.