The Portuguese media is starting to wonder if Bruno Fernandes could leave Sporting in the January transfer window, and since Tottenham Hotspur were the main contender to sign him in the summer, they’re the club getting all the attention.

Earlier today, we already covered a story from newspaper A Bola about this. And it seems to be a subject on TV as well, since SIC brought an explanation on why the midfielder wasn’t sold in the summer.

Journalist Rui Santos claims that Tottenham were the only club to make an official bid for the player. They offered an initial amount of €45m, with another €20m in bonuses.

He explains that from the €45m amount, Sporting could only keep €12.1m. That’s because €4.5m would go to his agent, €22.5m to cover bank debts (Sporting took out a financial restructuring in 2018 which means banks are due half of the club’s larger sales), €3.6m to Sampdoria and €2.3m to Boavista.

So it wasn’t worth letting their captain and best player go for just over €10m. Sporting president Frederico Varandas has previously claimed the bonuses in this deal were dependent on Tottenham winning the Premier League or the Champions League, and he wasn’t really buying into that idea. 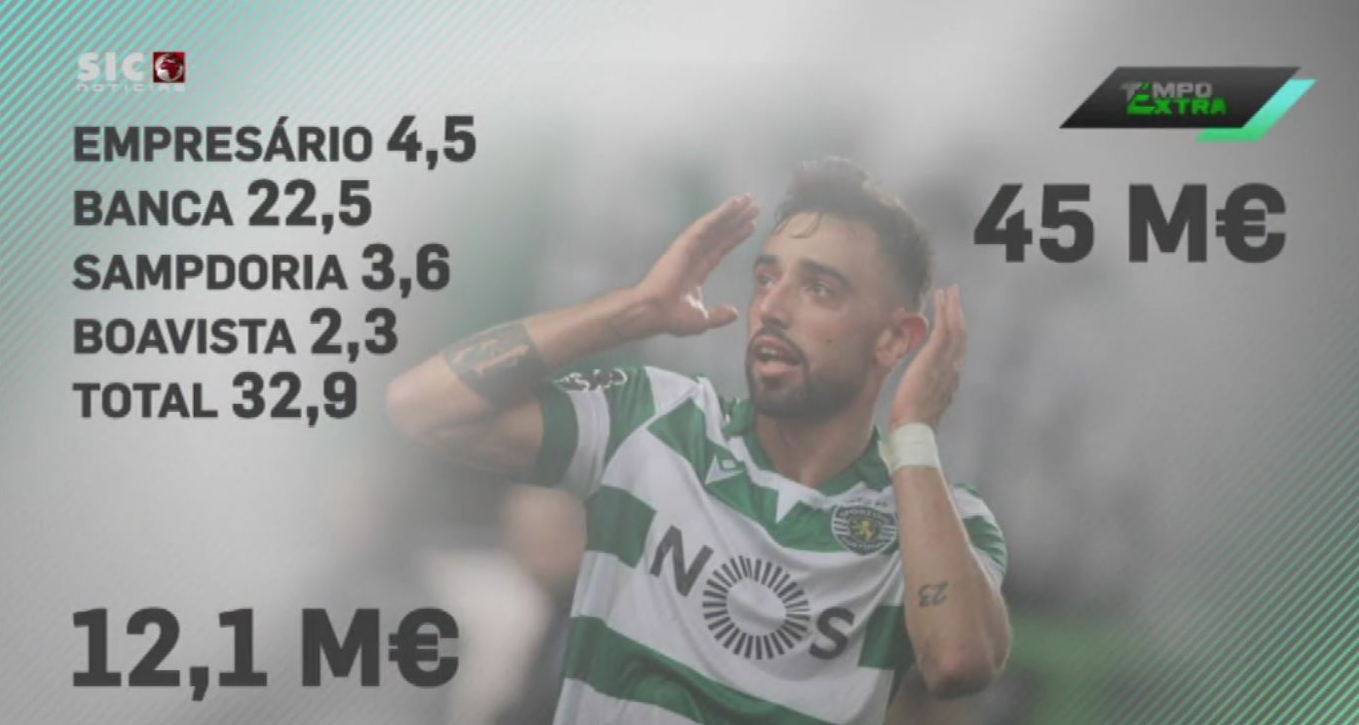 Speaking to his sources, Santos has learned that ‘there’s no certainty’ about Fernandes’ departure in January. He says agent Miguel Pinho believes something could happen following renewed interest from Premier League sides.

Nothing points to a move to Spanish sides for now, although the help from agent Jorge Mendes could change things very quickly.