Home Europe ‘No surprise’ Leicester and Wolves are back for midfielder after Euro 2020...
SHARE

João Palhinha had quite a good performance for Portugal on Tuesday, when brought on for the second half against France to play his first minutes in the Euros.

His game was good enough for a list of clubs to start being linked to him in the past couple of days. As covered by us this morning, Everton and Tottenham Hotspur have been pointed out as potential bidders for him this summer.

And now there are two other Premier League clubs having their interest reported by the Portuguese press. These are Leicester City and Wolverhampton Wanderers.

The Foxes and Wolves are named by A Bola, Correio da Manhã and O Jogo as other clubs who could compete for Palhinha’s signing in this transfer window. 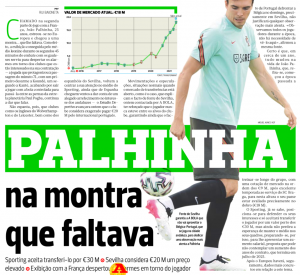 A Bola writes that Sporting have set a price of €30m to sell Palhinha this summer. Still, it’s said they haven’t ‘lost hope’ of keeping him in the squad, and that’s why they plan to offer him a contract renewal after the Euros.

The newspaper says it’s ‘no surprise’ that clubs like Leicester City and Wolverhampton Wanderers are back on turning their attention to the player, just like Sevilla, whose chase was reported by the Spanish media.

O Jogo is another one claiming Sporting will try to hold the midfielder. He’s said to be ‘almost untouchable’, even though ‘anything can happen’ in the transfer market. 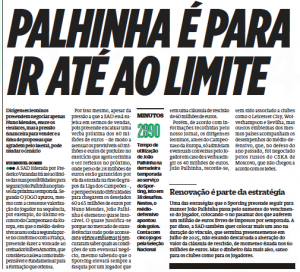 It’s said that before the Euro, the Lions would only let him go for over €40m. And although Foxes, Wolves and Sevilla have been linked to him, he’s also followed by other clubs ‘from the same countries’.

Now to finish with Correio da Manhã, the newspaper basically takes claims from Spain which say Sevilla’s €20m won’t be enough to sign Palhinha. They point out that his price will continue to grow during Euro 2020, and point out he’s been linked to other clubs, including Leicester City and Wolverhampton.

With that many Premier League clubs being interested in the Portuguese star, we can probably start expecting an exciting race for his signing after the tournament.

Especially if he can repeat his good performance.