Paul Pogba is going to be getting a lot of column inches over the next week or so.

Mino Raiola going public and reiterating the his client’s desire to leave Manchester United has given everyone a nudge, and there’s other stories being born thanks to it.

Over in Italy they kickstarted Sergej Milinkovic-Savic rumours hours after the agent spoke.

It very much felt like it was an opportunistic link, and claims on Saturday gave the impression Lazio are looking to sell, will accept €80m, and are trying to encourage interest.

Despite social media claims on Saturday that Marca claimed a €75m Manchester United offer for the Serbian, that isn’t the case – The Spanish newspaper didn’t report it. 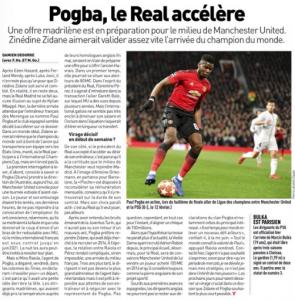 Another social media claim, which has since ended up everywhere, is L’Equipe saying Real Madrid ‘will’ offer €80m. Again, this isn’t the case, the French newspaper actually said: ”At first, it could be around €80m.’

Back to Marca, they report on Sunday the ‘operation will be around 170 million euros’. Such a figure is likely to include agent fees, but it’s not made entirely clear.

Real Madrid don’t want to go to war ‘under any circumstances’ with Manchester United… ‘a team considered a friend by the Santiago Bernabéu’. 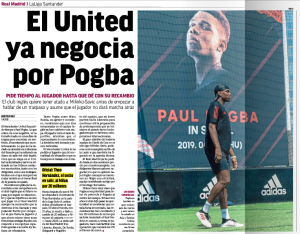 Marca do say the Premier League club have now started negotiations for Pogba, sort of. They’ve asked for time to get his replacement in first and want Milinkovic-Savic ‘tied’ before then going fully into the exit talks.

The whole Milinkovic-Savic thing could simply be going off what’s been claimed in Italy, although the plan of signing a replacement first makes a lot of sense.