Barcelona manager Xavi Hernández ‘continues to have’ Erling Haaland as a priority target, but the cost of the deal, especially the high commission that needs to be paid to his father and Mino Raiola has forced them to look at other options in the market.

That’s according to AS on Monday, who add the La Liga side are looking at Liverpool star Mohamed Salah as an alternative to the Borussia Dortmund striker.

Haaland’s future should be known before April 30th, so the Catalan club will have time, if he decides to pick another side over the Blaugrana.

If it happens, then the Spanish giants will go ‘all in to bring’ Salah to the Camp Nou and that’s about the only information they mention about the Egypt international, apart from sending him a lot of praise and explaining how well he’d fit in.

Salah, Haaland and Bayern Munich’s Robert Lewandowski have emerged as options for the Spanish giants to bolster their attacking division. 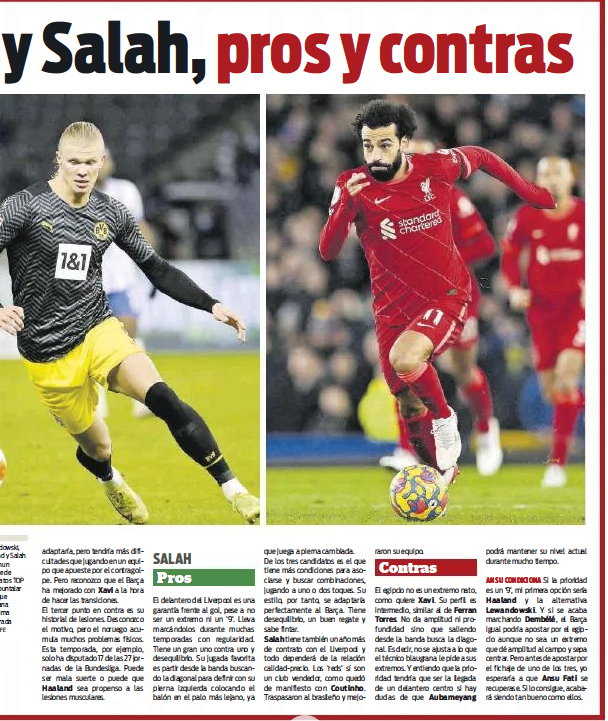 Sport looks at pros and cons of bringing them to the Camp Nou. When discussing pros of Jürgen Klopp’s attacker, they mention his form on the pitch and situation off it. It’s said the former Chelsea man is a ‘guarantee’ when it comes to scoring goals. 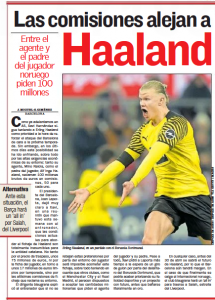 He has just over a year left on his deal and doesn’t seem close to signing an extension at Anfield. Without a renewal, the door could open for him to leave the English club.

Sport goes on to say Liverpool are a ‘selling club’ and cite Philippe Coutinho’s transfer as an example. That’s a bit much, especially given that the Reds not being a ‘selling club’ meant Barca had to break their transfer record for the Brazilian… a deal they regret to this day.