Arsenal are ‘interested’ in Bayern Munich’s Marcel Sabitzer, according to claims from Germany.

This week’s edition of SportBild looks at the Bundesliga side’s future plans following their elimination from the Champions League at the hands of Villarreal last week.

When focusing on shaping up their squad, the German magazine states the midfielder is one of the players who will be ‘allowed to go’ in the next window.

The 28-year-old followed his manager, Julian Nagelsmann, from RB Leipzig to the Allianz Arena last summer. However, things haven’t gone as per the plan for him as he’s been restricted to only eight starts in all competitions for the Bavarian club. 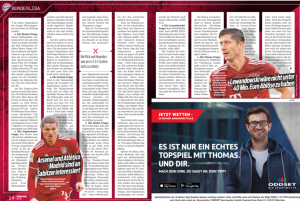 Bayern should part ways with him so they can save on his salary.

When talking about suitors, Arsenal and Atlético Madrid are tagged.

With the Gunners among the clubs keen on the ex-Leipzig man and Bayern ready to let him leave, Mikel Arteta’s side stand a reasonable chance of signing Sabitzer in the summer.