Chelsea defender Antonio Rudiger remains an option for Bayern Munich if they can’t convince Niklas Sule to sign a new deal, but there is competition from Real Madrid, PSG and even Manchester United for the German’s signature.

Rudiger is out of contract at Stamford Bridge in the summer but is yet to sign a new deal, having been left unhappy with what Chelsea have offered so far.

He wants a significant improvement on his current wage packet after establishing himself as a key player at the club under Thomas Tuchel.

He’s yet to be offered what he wants, though, and so will be free to talk to clubs about a free transfer next summer once the January transfer window opens.

All the big clubs in Europe are reportedly lining up to put themselves in the bidding, with Bayern, Real Madrid, and PSG having been linked for months.

SportBILD cover Bayern’s interest today and state that as there is still no agreement with Sule, whose contract is also expiring, ‘alternatives’ are being looked at, and Rudiger is one of them.

This is backed up by their chief reporter Christian Falk, who denies reports Bayern have pulled out of the race for the Chelsea man because of his contract demands.

Instead, he says the two parties remain ‘in contact’, but Bayern want to try and settle a deal with Sule before really pushing for Rudiger’s signature.

In the meantime, the other interested parties are making their moves. Falk also reports that Real Madrid are negotiating for the defender, and they would be his ‘favourite’ destination should he leave Chelsea. 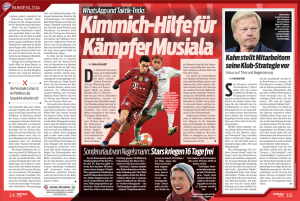 PSG, meanwhile, are also ‘already negotiating’ for the centre-back, and there was even a meeting a few weeks ago between their director of football, Leonardo and Rudiger’s agent, Sahr Senesie. They are yet to make a decision on the player, though.

And that’s where Manchester United come into it, as Senesie is reportedly good friends with their new manager Ralf Rangnick and the German boss has ‘signalled a willingness to negotiate’.

What their position on the matter would be isn’t mentioned but it would be a strange move given Manchester United paid big for Raphael Varane in the summer and already have Harry Maguire.

Whoever ends up getting Rudiger, and he could still stay at Chelsea too, will have to match his wage demands and Falk has information on that too.

He insists reports stating that Rudiger wants €400,000 a week are wide of the mark, he simply wants an increase on the €8.5m Chelsea have currently offered. In fact, he would be happy with any deal between €12-15m.

That is presumably what he is asking for from the other clubs, with United now joining the ever growing list of suitors and the Rudiger transfer saga showing no signs of slowing down.