While Brazil’s best player continues to disappoint both on and off the pitch, it’s Richarlison who’s becoming the favourite star at the national team.

The Everton forward has been attracting fans with his charisma for a couple of years, and there’s now one more reason to like him.

Earlier this week, a student from Richarlison’s home town Nova Venécio had asked for help on Twitter so his school could participate in the International Mathematical Olympiad.

The trip of three students and one teacher to Taiwan would have the cost around R$50k (£10.3k). Ana Carolina tagged a few celebrities in the tweet, and only Richarlison responded. 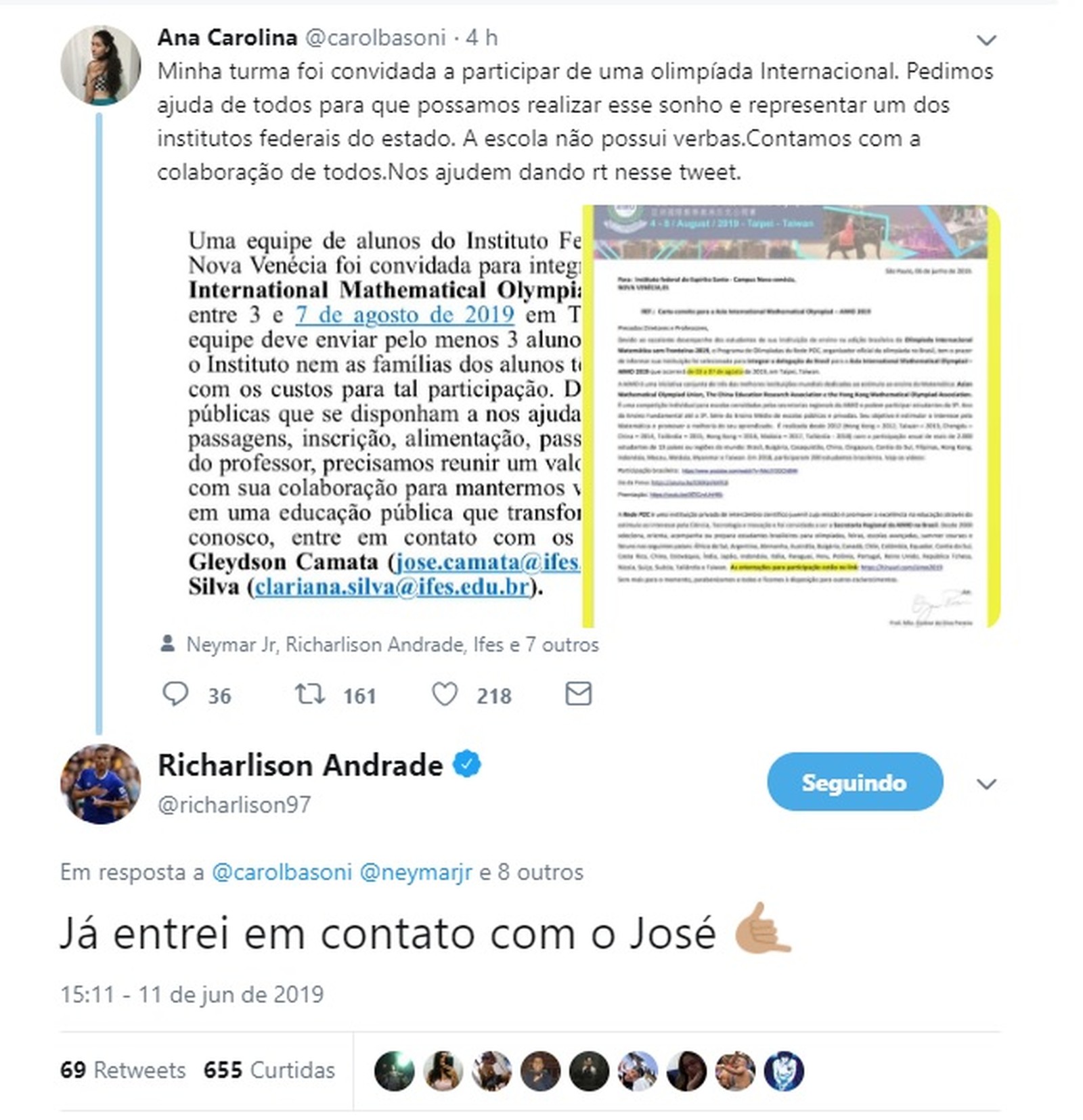 The player claimed he’s already got in touch with José, one of the teachers, and soon deleted the tweet. UOL claims to have confirmed the help from him, and he will donate the full amount.

Richarlison’s humbleness has been attracting a lot of affection from fans in Brazil. A few weeks ago, a video went viral of him waiting for a call up for the Copa America, surrounded by his family.