Other than Manchester United, Juventus have been one of the clubs strongly linked with Wolverhampton Wanderers’ Raúl Jiménez.

The striker has been sent around Europe by various members of the world press, with many feeling he is starting to outgrow the Molineux side, who were recently knocked out of the Europa League by Sevilla.

With many Champions League clubs circling around the Mexico international, there have been calls for him to jump ship and take his chance while it’s there, with Juventus one of the options.

Gazzetta dello Sport state those rumours ‘are not to be ignored’, especially with Wolves ‘having to deal with a poor balance’, but the ‘price of the Mexican remains high, close to €100m’. 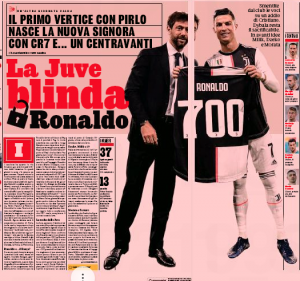 For the Italian side, that is currently an unrealistic option, and the avenue leading them to Jiménez ‘can only work in the case of excellent sales’.

It’s not said who that could be, but their intention this summer is to give Cristiano Ronaldo a new strike partner for him to play off of, and the Wolves star is among those they are looking at.

It’s time to give Uncle Jorge a call, isn’t it?