Clubs from Belgium, the Netherlands and France are interested in Everton youngster David Henen, according to claims in the Belgian media. The 20-year-old may need to leave Everton in the winter transfer window in order to get first team football.

WalFoot.be have reported a number of clubs are tracking Henen including FC Twente, Club Brugge, Toulouse and Nice, but it’s been claimed he’s more likely to head to the Dutch or Belgian league.

It’s been revealed Brugge are keen to sign the attacker because they have fitness concerns over some of their players, and will be hoping the Everton player would be interested in a return to his home country.

Twente are also open to signing the player in order for him to link up with in-form forward Enes Unal. Like Henen Unal has struggled to get games with his parent club Manchester City, and since being loaned out to the Dutch club in the summer the Turkish international has been in impressive form.

The Belgian youth international only signed for Everton last year after an initial loan spell with the Premier League side. However, Henen is still waiting to make his debut with Everton, and was loaned out to Fleetwood Town last season.

These were claims in early November from Walfoot that Henen is looking for a way out of Everton. 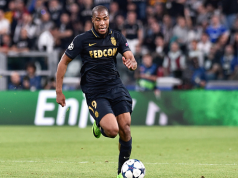