Loan deals can be a tricky business. Sometimes a player heads out, gets plenty of playing time, and everything is great.

However, on the flip side, there are plenty of loan deals in which a youngster is sent out, isn’t used, and it ends up being a waste of time for everyone involved.

For Brighton & Hove Albion winger Anders Dreyer, the latter has mostly been the situation for him this year.

The 21-year-old joined Heerenveen on loan in the summer but is yet to establish himself with the Dutch side.

Instead, he’s found himself playing a substitute’s role with all six of his league appearances coming from the bench and his five starts all in the cup for the youth side.

It’s not an ideal situation and, predictably, there have been suggestions that a return to Brighton in January may be the best course of action for all parties.

Dreyer, though, is having none of that and says him and Brighton know he should remain in the Netherlands for the time being.

“Of course I would like to play every time, but I am incredibly comfortable in Heerenveen and have a good time down there,” he told Bold.dk.

“Right now I see no reason to go away in January, but it may be that Brighton has some other plans.

“Brighton, of course, hope that I get some more playing time because they know that this is what develops me as a footballer.

“But right now I’m taking it easy, and after all, I’ve been away three times with the U21 national team in three months, which also makes you get a little out of the rhythm of the club.

“I have regular contact with someone from Brighton, who is there for those who are loaned out. He has visited me in Heerenveen and also thinks it is a really good place.” 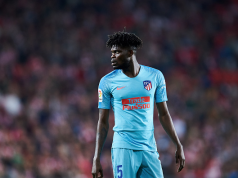