Barcelona’s interest in Manchester United’s Edinson Cavani has been discussed by multiple sources in Spain in recent days.

The striker, along with Manchester City’s Ferran Torres, was on the front page of Saturday’s Mundo Deportivo. Within the report, it’s explained the 34-year-old is an ‘important option’ for the La Liga side for January.

The Uruguay international has seen his playing time limited between injuries and Cristiano Ronaldo’s arrival in August. Although his age would not make him an ideal signing for Barca, his experience and finishing ability make him an ‘option to consider’ for Barca.

Over at Sport, they say the ex-Napoli star ‘wants to come’ to the Camp Nou as he ‘barely plays for Manchester United’.

The Catalan club could take him on loan next month, to avoid paying a transfer fee, but trying to fit his salary into their current wage bill will be a problem. Hence, it is ‘essential’ for Barcelona to let Samuel Umtiti leave, to bring in the South American. 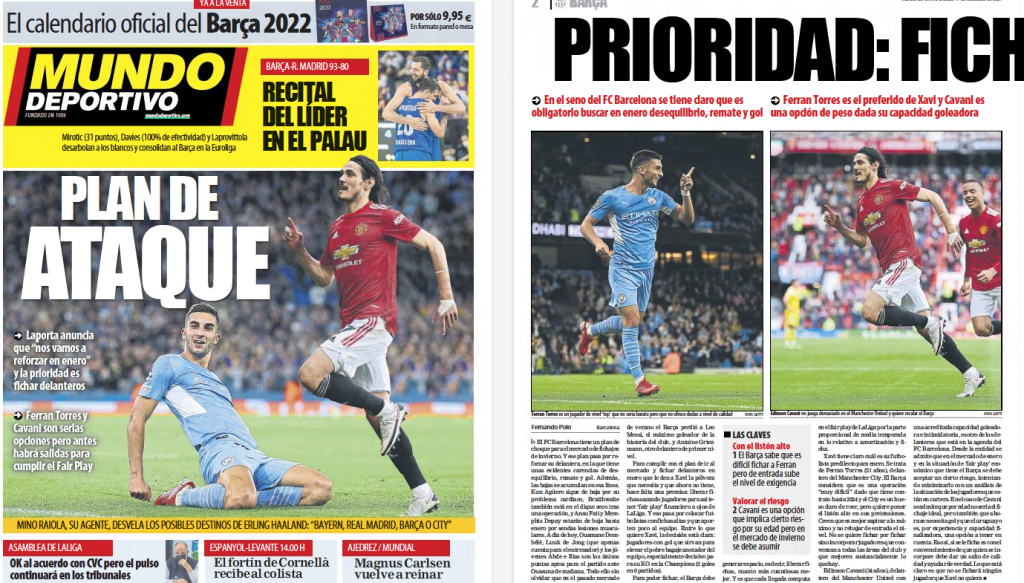 ESPN have a detailed report on the attacker welcoming the possibility to join Barca next month, as long as there is an 18-month contract.

The Spanish club need to strengthen their attack in January and Xavi Hernández is ‘one of the main supporters’ for the United man’s signing. Top Barca executives ‘contacted Cavani and his surroundings’ to ‘convey their interest’, to which he has ‘responded positively’.

His contract expires in 2022 and if Barca were to sign him, Xavi’s side would take over the remainder of his salary at United, along with the offer they need to make him for next season. 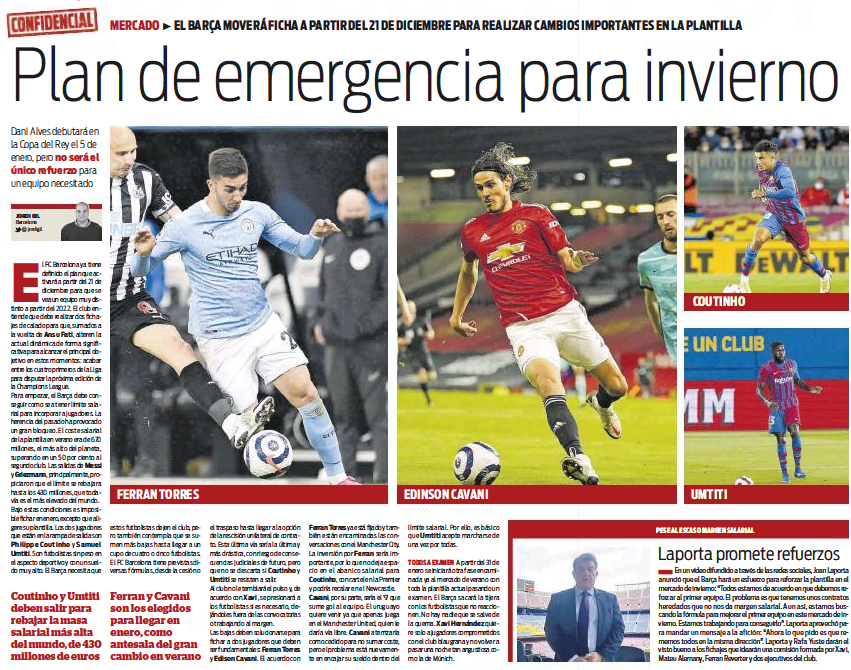 The Red Devils have appointed Ralf Rangnick as interim manager until the end of the current season and the German has been in charge for two matches so far.

Cavani is ‘waiting to see how Manchester United react’ to Barcelona’s interest, especially considering Rangnick’s arrival ‘may be decisive in making a final decision’.