With both the English and the Portuguese media reporting Liverpool’s interest in signing Luis Diaz from Porto in the January transfer window, there’s of course been a reaction from the Dragons regarding that possibility.

The 24-year-old has been the club’s biggest star this season, with huge importance both in the Liga Bwin and Champions League campaigns, so it’d be a huge blow to lose him all of a sudden.

That’s why, according to a report from newspaper Correio da Manhã today, Diaz’s transfer is ‘non-negotiable’ in the month of January.

It’s claimed that manager Sérgio Conceição had a meeting with club president Pinto da Costa asking him to hold the player until the end of the season. The winger is said to be a level above his teammates’ and his departure would have a huge impact in their fight for the Portuguese title. 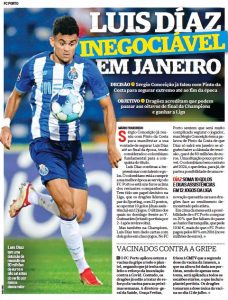 Even though the Dragons know it’ll be ‘very hard’ to hold the player, especially after his performances in the Champions League, Conceição now has Pinto da Costa’s ‘word’ that Diaz will only leave for someone who triggers his release clause, which stands at €80m.

Porto are also said to be thinking about buying the percentage they don’t have of the winger, as 20% still belongs to his former club Junior Barranquilla. The Colombian side now demand €10m, even though the Dragons spent only €9m for 80% of the player back in 2016.

Now that doesn’t change a thing for Liverpool or any interested side, who now see Diaz’s price standing at €80m and can only get the chance of a discount in case they wait until the end of the season.

However, we better point out that not long ago, we had seen reports saying Porto would ‘not rule out finding an agreement’ with the Reds now for a summer move, so perhaps that could be a solution as well. 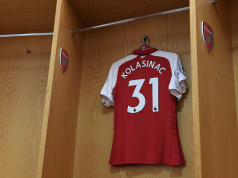