Everton midfielder Jean-Philippe Gbamin could be a target for Roma as Jose Mourinho continues to target a central midfielder.

That’s according to Corriere Dello Sport, who say the midfielder would head to Rome on a loan deal until the end of the season.

They explain that Mourinho has been searching for a midfielder for some time, having tried and failed to sign Granit Xhaka from Arsenal in the summer.

One viable solution is Boubacar Kamara, whose contract with Marseille is expiring in the summer. That situation means negotiations with the French side could be easier than for other targets.

He’s one option, and another ‘alternative’ is Gbamin, who ‘doesn’t find space’ under Rafa Benitez at Everton this season.

The midfielder has only managed three Premier League appearances so far this season and has not featured since a 19-minute cameo against Chelsea last month. 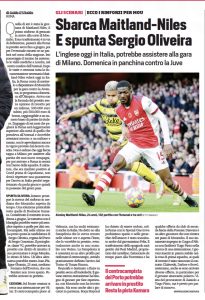 Reports in England have made it clear he’s been told he can leave Goodison Park this month and that there was interest in Germany and Italy.

It now appears Roma are the club from the latter and would be willing to take the Ivorian on loan.

That won’t suit Everton, who’d prefer a sale so they can re-invest the funds on the squad, but they may be tempted to just get Gbamin’s wages off the books and bring his disastrous spell on Merseyside to an end.