Dani Ceballos was the standout player for Spain during their European U21 championship triumph in the summer.

However, the midfielder wasn’t included in Zinedine Zidane’s plans at Real Madrid this season. Los Blancos, on the other hand, didn’t want to lose him so they allowed him to join Arsenal on a loan deal.

He has starred for the north London in the first four matches and also continued his fine form for Spain in their 2-1 victory over Romania in the European qualifiers.

Mundo Deportivo claims the 23-year-old’s performance for La Roja earlier this week once again showed why his temporary move to the Emirates was a ‘flagrant error’ from Real Madrid.

Though Ceballos had an option to leave Real Madrid on a permanent transfer or on loan with an option to buy, those at the La Liga side now boast that they are happy they only allowed him join the Gunners on a dry loan. 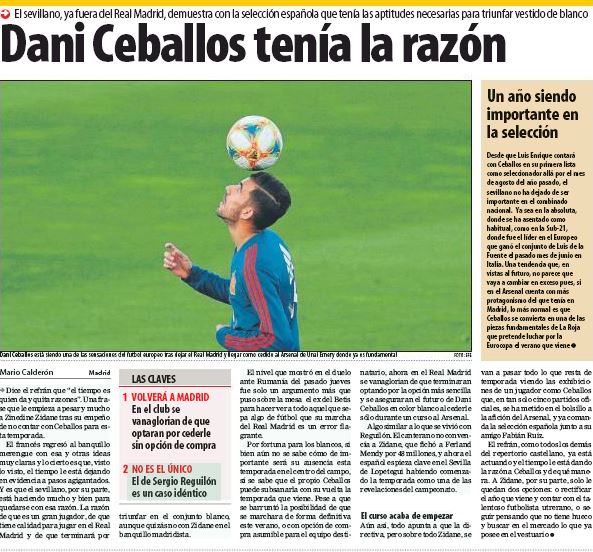 It has taken the player a handful of matches to win hearts of Arsenal fans and also command a place in the national team. If Ceballos continues to feature regularly for Unai Emery’s side, he is likely to have a fundamental role with Spain at Euro 2020. 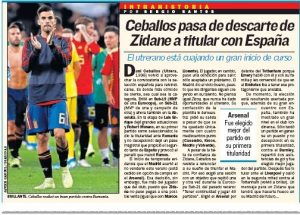 Another Spanish newspaper AS also claims Ceballos’ performances are a message for Zidane, to make room for him in the Real Madrid squad next season.

Many in Spain are clearly unhappy with Zidane’s decision to not keep Ceballos at Real Madrid.