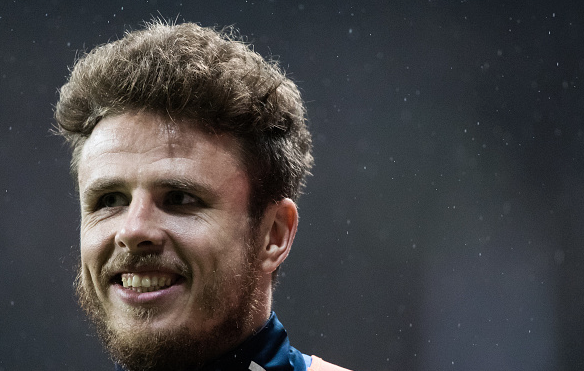 Kicker journalist Sebastian Wolff claims Hamburg’s Nicolai Muller, who has attracted interest from West Ham United and Southampton recently, could be on his way out of the club.

However, West Ham and Southampton have been dealt a blow after suggestions England may not be his first choice destination.

Muller’s current contract expires in 2018 and the winger has rejected the latest extension offer from the Bundesliga side. According to Kicker, Hamburg’s offer was in the region of €3m a season, while Wolfsburg have offered him a yearly salary of €4m.

Muller, who should be available for a transfer fee between €8m and €10m, hence a bargain for West Ham or Southampton, looks set for a move. Hamburg’s sporting director 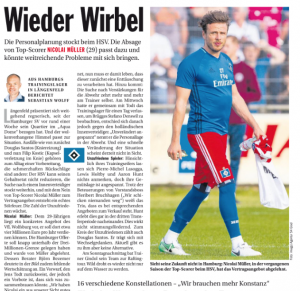 Jens Todt said to Kicker: “From our point of view, we gave Nicolai a good offer. The talks are provisionally ended. “

Wolfsburg seem favourites to sign Muller at this stage, but both West Ham and Southampton could have a decent chance if they rejoin the race for the attacker. The transfer fee or his wage demands wouldn’t be an issue for the two Premier League sides, but they would need to convince him to leave Germany.

SportBild reported earlier in July that Southampton and West Brom are keen, and now is the time to act.