On January 26th, Pawel Wszolek of Queens Park Rangers told Przeglad Sportowy that talks over a new deal could start “at the turn of February and March.”

The 26-year-old’s current deal with the Championship side will run out at the end of the season and he’s impressed with his displays this season, scoring six goals and setting up three more for his QPR teammates in all competitions.

He’s featured regularly since joining the Hoops in 2016, but the Poland international considered leaving the club during the last summer transfer window.

“Yes, I will not hide that several clubs were seriously interested, from Italy among others. It was difficult to think about,” Wszolek told Polish sports newspaper Przeglad Sportowy.

Parma were one of the clubs who were keen on acquiring his services and even submitted an offer. When asked about it, he said: “You are close… Ultimately, the transfer did not happen. I was in England. Maybe it’s good? I have here something to prove.”

Wszolek prefers to play as a winger, but he was never given an opportunity to play in that position regularly until Steve McClaren took charge at Loftus Road before the start of the season. 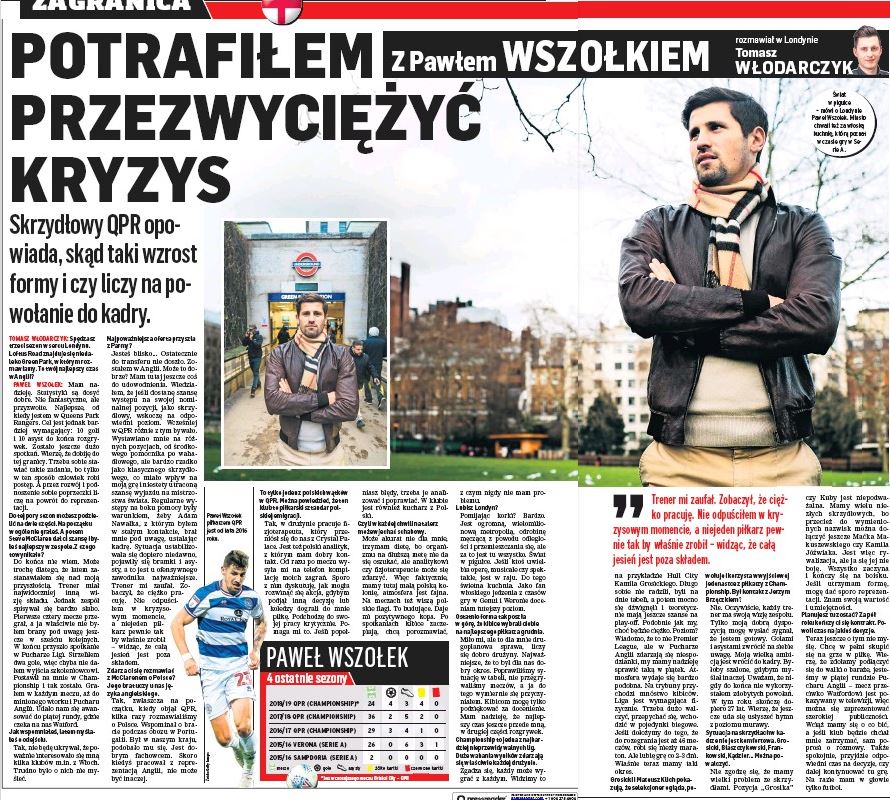 The former Sampdoria man admitted not featuring regularly on the wide position had an impact on his game.

“I knew that if I got the chance to play in my preferred position as a winger, I would jump to the right level,” he said.

“Earlier at QPR there were many times I was played in various positions, from midfield to defence, but very rarely as a classic winger, which affected my game and, unfortunately, I lost the chance to go to World Cup.

“Regular appearances on the wings was a prerequisite for Adam Nawałka [former Poland coach], with whom I was in constant contact, to include me in the squad.

“The situation has stabilised only recently, goals and assists have appeared, and this is the most important thing for the offensive player. The coach trusted me. He saw that I work hard. I did not give up in a crisis moment, and more than one player would probably have done just that.”