With Marcelo Bielsa’s future in doubt following Leeds United’s failure to secure promotion after losing 4-3 on aggregate to Frank Lampard’s Derby County, the Argentine’s name has popped up here and there around Europe as a potential successor to numerous manager.

One of the more prominent roles happens to be that of Roma in Serie A, local rivals to Lazio, whom the former Lille manager stood up after claiming the club were unable to recruit the players he had asked for ahead of taking the helm.

Many articles appeared stating the Italians were monitoring Bielsa’s situation at Elland Road, but Il Tempo on Monday don’t believe that is the case.

The local newspaper explain the Leeds United manager’s name had been discussed earlier this month at Trigoria, Roma’s training ground, after Frederic Massara, one of the club’s directors, suggested him. 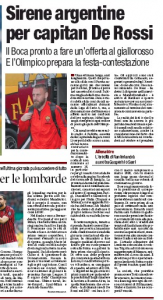 Massara is said to be hold Bielsa in high esteem, hence him bringing up the possibility of a move, but Il Tempo explain there has been no confirmation of the story, with other candidates being discussed to replace Claudio Ranieri. 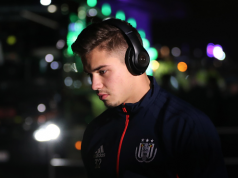 Striker reveals “everything was already there” to sign for Chelsea –...

Club continue to have Wolves player on summer list as his...