Ángel Di María left Real Madrid for Manchester United in the summer of 2014, months after playing a key role in helping the Spanish club win the Champions League.

Louis van Gaal was then in charge at Old Trafford and the winger’s failure to adapt to the Dutchman’s methods saw him leave the Red Devils a year later.

He managed four goals and 12 assists in 33 matches across all competitions in his only season with Manchester United and moved to Paris Saint-Germain in 2015.

Van Gaal left the Premier League in 2016 and has now returned to management after deciding to take over the Netherlands job.

The Argentina international is not a fan of Manchester United and has publicly spoken about it on numerous occasions. He’s taken an opportunity to take a dig at his former manager, when speaking to TyC Sports, as relayed by La Voz.

Di María was given names of individuals and was asked to give his take on them.

On Louis van Gaal, the United flop said: “My problem at Manchester was the coach. Van Gaal was the worst of my career. I made a goal and an assist and the next day he showed me passes that I had made wrong. He cleaned me up overnight. He does not like when the players are more than him.” 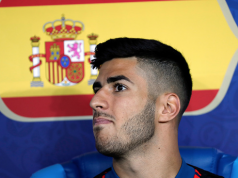 Man United ‘pushing’ for signing of €40m player – ‘Up for auction’, has two specific requests

Suggestion the ‘new Romário’ could be on his way to Liverpool...