Lyon president Jean-Michel Aulas claims he wants to bring in new players whose qualities are “superior” to those who are already at the club.

“I want to travel back a little. I realised that the perception of journalists and supporters was greater than what I wanted to express. In fact, I wanted to say that we would only recruit players with qualities superior to those we already have in store,” Aulas said.

Nabil Fekir has been linked with a move to Liverpool and the France international’s future likely lies away from the Ligue 1 outfit, according to L’Equipe.

The same report claims his departure is still “far from being achieved” and Liverpool “advance in slow motion” with their negotiations to the Lyon captain.

The 24-year-old scored 18 goals and registered eight assists in the league last season, and the Merseyside club are not the only side interested in signing Fekir this summer. L’Equipe claims he is also wanted by Bayern Munich and Europa League winners Atletico Madrid. 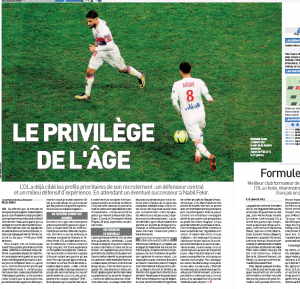 It is complicated for Lyon to retain Fekir at the club as he continues to attract the top clubs across Europe. Lyon have qualified for the next season’s Champions League and they want to strengthen the squad in the summer.

If Fekir leaves his current employers, the French club’s manager Bruno Genesio will ask Aulas to find a replacement for his captain. And given the president’s words, it’ll have to be a good one.