Already linked with a move to Milan last year, Chelsea’s Hakim Ziyech is back on the Serie A club’s radar if the Italian media are to be believed.

It’s been ongoing for a few days, but the general idea of a loan with an obligation to buy is there, as the Italian club look to bolster their squad to ensure they stand a chance of keeping their league title.

Ziyech is one of the options alongside Charles de Ketelaere, Marco Asensio and Hamed Traoré to bolster the squad depth, according to Corriere dello Sport.

Focusing on the Morocco international, it’s said ‘contacts with Chelsea intermediaries are continuous’, as the goal ‘is to find an agreement on the playmaker’s wages, which is in fact the only obstacle to the operation’. 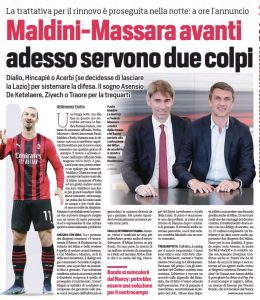 The Blues are open to a move, and ‘are willing to agree on a formula that is also appreciated by Milan’, which, as mentioned above, is a loan with an obligation to buy’.

In fact, ‘to take advantage of the advantages of the Growth Decree’, that’s exactly what needs to be done, with the whole deal reaching a ‘total of €22-25m’.

We would hazard a guess that this would include a small fee up front and the rest to be paid at a later date, but it seems Chelsea want this done, and so do Milan, meaning there’s a good chance we could see progress going forward.