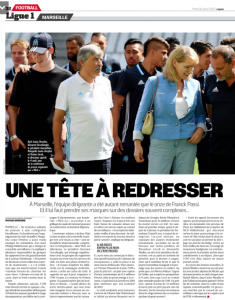 French newspaper L’Equipe have an update on Georges-Kevin Nkoudou to Tottenham. They go over the situation and seem to side with Le Phocheen claims of around a week ago.

The injury clause as previously mentioned is once again reported, but L’Equipe are specific and relate it to a hamstring.

Basically, if Nkoudou was to injure his hamstring after signing for Tottenham, Levy wanted the club to be able to pay less.

Surprisingly, considering what must now be a very fraught set of relationships, a transfer remains a possibility and talks continue. Whether a move is a loan with purchase option (automatic or not), a straight transfer or nothing and a complete collapse, remains to be seen.