Yesterday we brought you a report from Diario de Sevilla that stated Real Betis were looking at Southampton midfielder Mario Lemina.

The Spanish club are looking to add a defensive midfielder to their squad this summer, and Lemina was a player they were keen on, having targeted him in the past.

The newspaper stated that a deal could be challenging to get done, though, as the finances around the move were a little high for Betis.

ABC Sevilla back up those claims today and confirm that Lemina is a player that Betis have looked at. In fact, they tried to sign him three seasons ago. 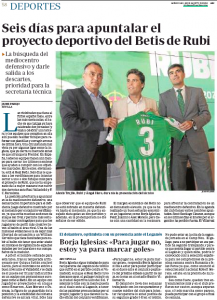 However, they state that the finances make a move hard to get done explaining that both Southampton’s and Lemina’s demands are too high for Betis’ budget at this moment in time.

The Spanish club are close to hitting their salary cap and so have had to turn away from Lemina and look at more affordable options.

Diario de Sevilla back that up somewhat by saying Betis are considering several players but describe Lemina as ‘very high and complicated’, hinting that they can’t afford the move.