Home Europe Club turn their attention to Southampton man – Has been a long-term...
SHARE

Throughout the summer we’ve brought you various updates on Southampton midfielder Mario Lemina and his attempts to find a new club.

The Gabon international is out of favour at St Mary’s and has been linked with various clubs around Europe for the best of part of two months.

It appeared he was on the verge of joining Monaco, who are looking to add a midfielder to their squad, but that move is yet to happen as they try and get Tiemoué Bakayoko from Chelsea.

Lemina may now have another option with Diario de Sevilla reporting that Real Betis are keen on his signature. 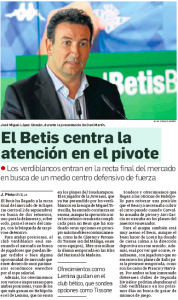 The newspaper say Betis are looking to add a central midfielder to their squad, and the Southampton man is one of the most popular choices to fill it.

Lemina is a player that Betis have looked at in the past, with Diario saying he was a target for former sporting director Miguel Torrecilla and is one of the strongest candidates for the current regime.

However, it is stated the financial aspects would be difficult for Betis, who are exploring more feasible options at this moment in time.