Manchester United’s Romelu Lukaku has has been heavily linked with a move to Inter and if he ends up leaving Old Trafford, the Red Devils may have to bring in a replacement.

According to FcInterNews, the 20-time English champions have identified Arsenal star Pierre-Emerick Aubameyang as a potential candidate to replace the ex-Everton striker.

It’s claimed Ole Gunnar Solskjaer has already given his approval for the Gunners frontman to replace the Belgium international, should the latter make a switch to Serie A.

The report further claims United have already made an offer of €69m for the former Borussia Dortmund man, but Unai Emery’s side are trying to resist.

FcInterNews suggests the plan to chase Aubameyang shows they are open to the idea of selling Lukaku, and Antonio Conte’s side are there to take advantage of it.

Manchester United’s immediate priorities are to strengthen other areas and even if Lukaku leaves the likes of Marcus Rashford, Anthony Martial and Alexis Sanchez can be deployed in the No 9 position.

Therefore, spending heavily on Aubameyang without signing new players in other positions would not be a great piece of business for United.

This is likely FC Inter News looking for reasons to feel cheerful over Lukaku. 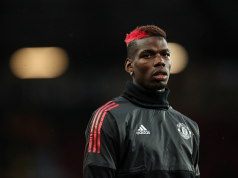