Manchester City’s Ferran Torres has emerged as a target for Barcelona and is on the front page of today’s Mundo Deportivo.

Xavi Hernández wants to bolster his attack either in January or next summer. His priority is to find a versatile player who can play anywhere up front. The ‘ones he likes the most’ are the Citizens winger and RB Leipzig’s Dani Olmo.

The La Liga side looked at Olmo towards the end of the summer window, but weren’t able to get the deal over the line.

Torres is the other player Xavi ‘likes the most’, mainly because of his versatility and quality. His scoring record for Spain has left many impressed. This is exactly why Pep Guardiola also values the 21-year-old a lot.

That’s about the only information Mundo have on Torres in today’s newspaper. Despite him being splashed across he front page there’s only a single paragraph about the player, and no mention even of what he’d cost, whether he’d want the move, or his club’s stance on it.

Therefore, this doesn’t seem like much for Manchester City fans to worry about at this stage.

Barcelona had Torres on their agenda before he joined City from Valencia in 2020. 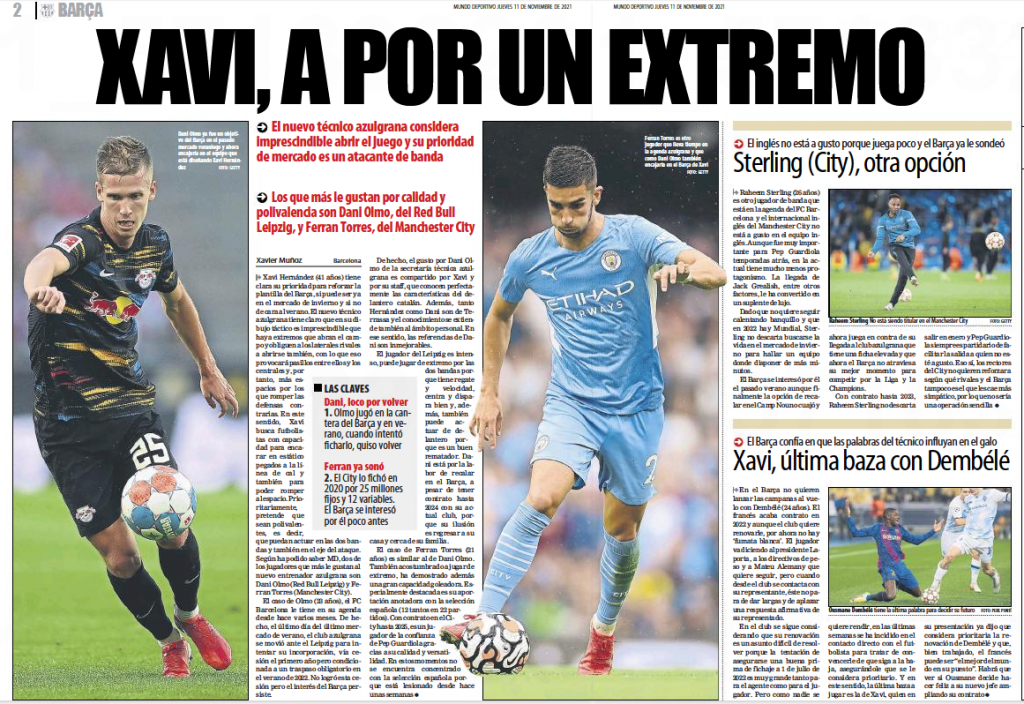 His importance for the Premier League winners, Guardiola’s appreciation and the time left on his current deal will make it extremely difficult for Barca to take Torres away from City.

Apart from the Spain international, his club teammate, Raheem Sterling is an ‘option’ for the Catalan club as he continues to be their agenda. 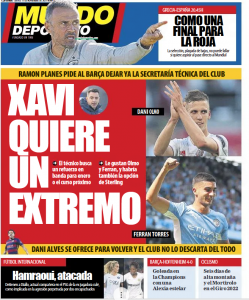 Having struggled for more game time this season, it is ‘not ruled out’ the former Liverpool star looking for a way out of City in January.

Mundo even mentions Guardiola is ‘always in favour of facilitating’ departure of those players who are not happy at the club, and Sterling falls under this category.

As things stand, signing Sterling seems feasible for Barcelona than trying to take Torres away from City.