While the Ibrahima Konaté story going relatively quiet, it would be easy to forget the fact that Liverpool were once said to be very close to signing the centre-back.

In need of help in the position to create some strength in depth at Anfield, the Reds turned to the Frenchman in hope he could provide that.

There were claims the player was on the verge of signing, with all that was left to do being the triggering of the clause, but that has yet to happen. 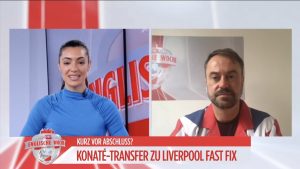 The clause is still there to be activated, and while the deal is ‘not confirmed’, the reporter feels it’s all ‘going very quickly now’.

The RB Leipzig players had the week off last week, which is when there were ‘supposed to have been very close talks and negotiations’, thus suggesting this could be done sooner rather than later.