Fabio Borini to Lazio is becoming one of the big stories in the Rome-based press, suggesting it could definitely be a goer.

Last week, the story was brought back from the dead, with Il Messaggero claiming the Sunderland forward would be the ideal man to add depth at the Serie A club both up front and on the wings, and this weekend’s editions of the newspaper are all about him.

On Saturday, the same newspaper reported Igli Tare, Lazio’s director of football, has been following Borini for the past four years, and this week could be when he finally gets his man. 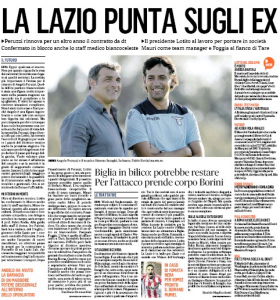 Prepared to offer €1m up front for a one-year loan with a further compulsory €4.5m to be paid next year, the Italian side are ready to gamble on the 26-year-old, who didn’t have the best of seasons last year.

Sunday saw a brief update claiming he could leave Sunderland for around €6m, meaning the original plan sees Lazio €500k short, while Monday’s edition goes all out, saying it’s pretty much done and the Black Cats’ forward will kick off the Serie A club’s transfer window.

Offering ‘a little bit more than €1m up front’ for the loan and ‘around €4m to buy him next year’, which apparently adds up to the 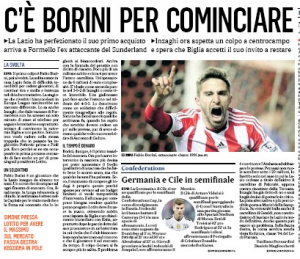 With Sunderland now relegated to the Championship, and probably trying to get some of their bigger wages off the bill, this is certainly a deal everyone can get behind, even if many will wonder what Lazio are doing.

Then again, the last time Borini was in Italy, it earned him a move to the Premier League.