A clear target for Patrick Vieira this summer, RC Lens’ Cheick Doucouré is edging ever closer to Crystal Palace.

That’s according to La Voix des Sports on Monday, who say the negotiations with the Selhurst Park side ‘seem rather advanced’ regarding the Mali international’s transfer.

Receiving €17m for Loïc Badé last year, their best sale of all time, it’s believed any transfer taking the midfielder to Crystal Palace ‘should beat the record’.

In fact, Doucouré should leave for ‘between €20-25m’, and the Ligue 1 side have little issue with that, since they’ve already found his replacement in Salis Abdul Samed, who will arrive in a €5m deal from Clermont. 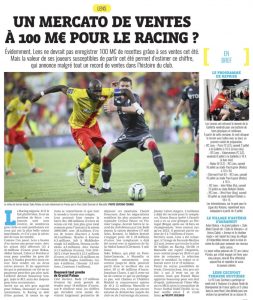 As for the 22-year-old defensive midfielder, an arrival at Crystal Palace would certainly be a boost for Vieira, who could mould the already experienced (over 130 appearances for Lens to date) player into the second coming of, well, himself.