Alessandro Florenzi will return to AS Roma in the summer as Paris Saint-Germain have decided not to make his loan deal permanent.

In need of strengthening the right side of the defence, PSG have their eyes set on Tottenham Hotspur’s Serge Aurier.

Three days ago, French journalist Romain Molina reported the Spurs defender is a ‘priority’ target for the Ligue 1 side.

On Wednesday, Foot Mercato explained talks between the 28-year-old and PSG are ‘accelerating.’

L’Equipe on Friday provide a fresh update on the efforts made by the Paris club to bring the Ivory Coast international back to the club, four years after selling him to Tottenham.

It’s claimed the ‘track leading’ to the signing of the north London club’s fullback for PSG has been ‘activated’ as ‘club-to-club discussions have started.’

The newspaper also suggests it’s an ‘astonishing track’, considering Leonardo rejected the option to re-sign Aurier in the winter market. 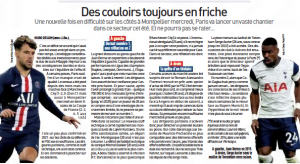 His contract expires in 2022 and without an extension, Spurs risk losing the player for free after next season.

A summer move to PSG will see Aurier reunite with Mauricio Pochettino, who is looking for a fullback in the market. 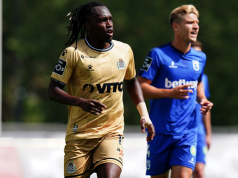 “A joy for us” – Father of Southampton and West Ham...