A few weeks ago the Portuguese media reported Sporting have no intention of keeping Yannick Bolasie on a permanent deal at the end of the season.

The reason for it has been that the Everton loanee has failed to impress at the Portuguese club so far, with only two goals and five assists in 25 appearances.

Now as newspaper Record has today a story about the Lions’ budget for next season, they actually give one more reason why the 30-year-old isn’t staying at the club.

They say one of Sporting’s priorities is to decrease their wage bill, and they should start by cutting the number of loanees. Since Bolasie makes €2m per season, he’s one of the first to go. 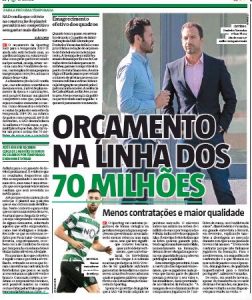 Even if it sounded like there was a small chance that Bolasie could have a great end to the season and maybe change Sporting’s mind regarding a permanent transfer, it now looks like there’s no way he’s staying in Lisbon next season unless on another loan with reduced wages.

Sporting have a clause to get him from Everton for only €4m, and considering this situation, it seems the Toffees will get very little when they manage to finally sell him.