There’s a little snippet on their general front page, the sport section front page is dedicated to the potential transfer, and then there’s a double page spread.

This isn’t a small story.

However, despite a lot of words, and the insinuation a deal is very close, it doesn’t feel quite there yet, at least at the terms suggested. De Telegraaf say Ajax will ask Everton to put €30m on the table, unwilling to settle for a lot less than what Napoli paid for Arkadiusz Milik. But even De Telegraaf say that was an ‘exorbitant’ amount for Napoli to pay for the striker.

The Dutch newspaper explain that Ajax won’t even have to replace Klaassen should he join Everton, already having options available to them, so the money would be used for other areas of the pitch.

Klaassen, 24 years of age, is said to want to leave Ajax, which is important for Everton, and, perhaps more crucial than any other claim, it’s stated that talks have intensified in recent days. 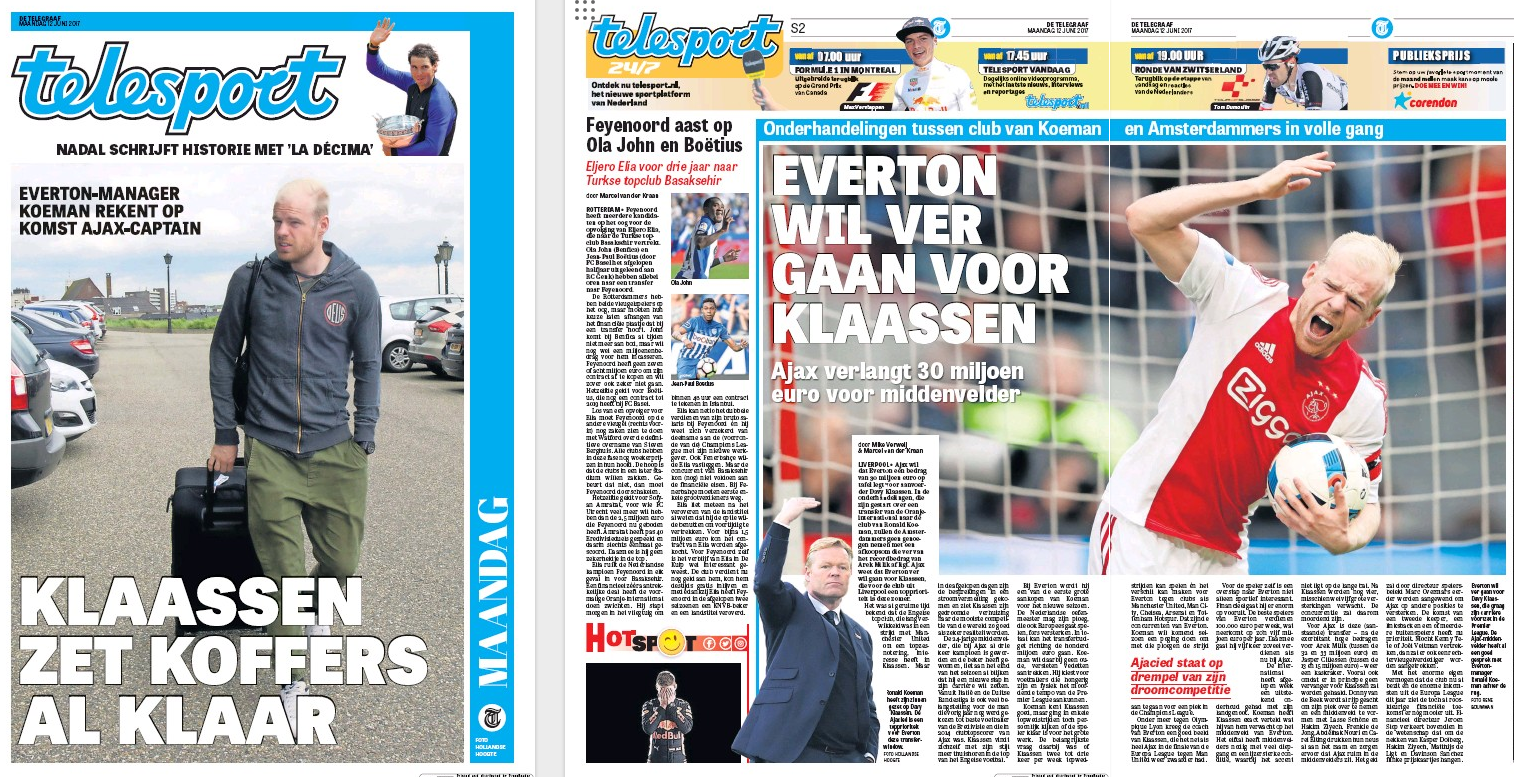 De Telegraaf believe Klaassen will get a huge pay rise by moving to Everton, saying the club’s best players earn €100k per week, and suggesting he’d be in that bracket, but it’s unlikely the Premier League club would align him with their very best earners.

Something is happening, that seems clear, but the details of it seem very sketchy and based on educated guesswork. Everton can likely get a deal done at less than €30m, and Klaassen probably won’t get five times his current salary.